New Year’s resolutions. We love making them, we hate breaking them, but hey, we’re only human. A 2007 survey by time management firm FranklinCovey found that 35 percent break their resolutions by end of January. That’s not very encouraging, is it? But we keep making resolutions, because we are a hopeful and resolute (pun intended) lot. In my attempt to break the “resolution” jinx, I am going to call them “goals.” Because “goals” sounds serious, like something you really should do, and that failing to accomplish them would be a crying shame. 🙂 So here are my learning goals for my son, Motito, for 2015: 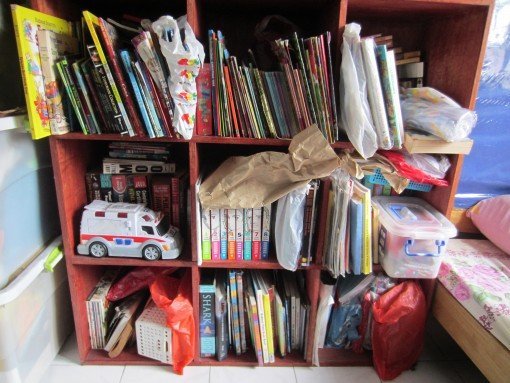 One of the most useful and invaluable things you could ever develop in your child is the habit of reading. When it comes to improving your child’s language skills, increasing general knowledge and building a foundation for school success, very few activities come close to reading. In my early years of over-anxious parenting, I bought just about every book that I could get my hands on. Despite amassing a sizable collection, I ended up reading Motito’s favorite books to him over and over, while leaving the rest to gather dust in the bookshelf. It all paid off when my son started to read by himself at four. He’s aged out many of his books, but I refuse to part with them without making him read them first, early-reading level be damned. We have started on his Sesame Street books and afterwards will re-read a few Dr. Seuss and Berenstain Bears, before moving on to early chapter books. He reads Geronimo Stilton graphic novels and reference books in-between and keeps going back to the wonderfully wacky world of Richard Scarry. Yes, that is a snapshot of our bookshelf. And no, I am not immune to the not-so-subtle hints that the hapless piece of furniture is throwing at me: I need to get organized, as well. But that’s a matter for another post, perhaps.

When he was in first grade, dear Motito took guitar lessons once a week to fulfill his teacher mommy’s well-intentioned albeit misguided musical fantasies. Although Motito diligently attended every single guitar class, he refused to practice at home. No amount of bribery or threat could make him pick up the guitar to practice for thirty minutes a day, the minimum prescribed by his guitar teacher. We skipped the guitar lessons in the second grade, but that doesn’t mean teacher mommy has thrown in the towel. I’m looking at having Motito give the guitar lessons another go this year. Well, that, or he puts on a white robe and karate-chops his way out of it. Tae kwon do looks promising. I’ve brought up the possibility of martial arts classes to my boy and he appears receptive to the idea. All that levity aside, I must emphasize that learning to play a musical instrument and getting into sports help build discipline, boost self-esteem, enhance motor skills and coordination, and encourage creativity, among other benefits. 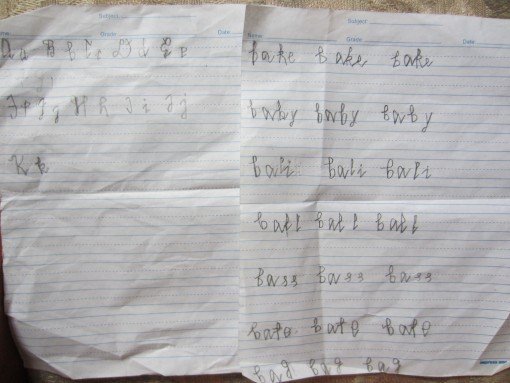 Dear son has atrocious handwriting. He is currently in second grade where he writes in manuscript. In handwriting class, he is learning to write the alphabet in cursive, and it is a slow and frustrating process. Motito has fine motor issues and lacks confidence in his handwriting skills. There are days when he is unable to finish seatwork that requires a lot of writing, complaining that his hands are tired or that there’s simply too much stuff to copy from the blackboard. I’ll admit that I have been negligent in this regard, and this year is when I hope to change that. 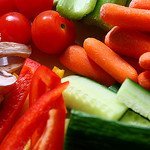 This is not exactly a learning goal, but I’m sure we’d all agree that a healthy body makes for a healthy mind. Motito is a fussy eater, mostly due to sensory issues. The smell of fish makes him gag, some textures “feel icky” in his mouth, and he’d happily go to sleep without dinner if it meant avoiding green, leafy vegetables. Consequently his diet is limited to foods that are fried, derived from something that walked on four legs or clucked, or tucked in a takeaway bag. He does tolerate vegetables that don’t have a strong taste. He has begun to like Ginisang Kalabasa (Sauteed Squash), and that’s as good a start as any.

5. Do simple chores around the house. 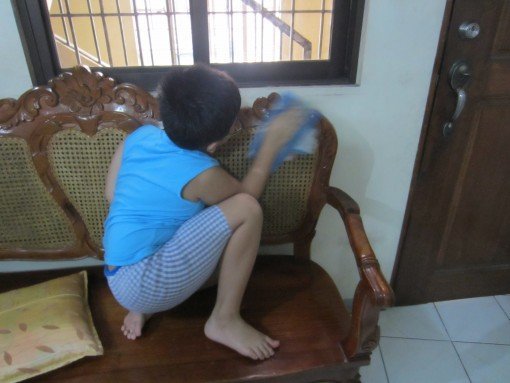 Delegating age-appropriate household chores helps kids practice independence, responsibility and self-sufficiency. Simple tasks such as putting on their own clothes, tying their shoelaces, and pouring themselves a cup of juice, can improve concentration, coordination and control. I send my son on simple errands like buying the odd packet of soy sauce or bar of soap from the general merchandise store on the ground floor of the building where we live. He sweeps the floor whenever he makes a mess and volunteers to wash the sliding glass doors with me (because it involves using a bucket of water, and water makes many chores fun). However, he squirms at washing himself after using the toilet. I also still give him his daily baths even though he is perfectly capable because if I let him do it himself, he will dilly-dally and be late for school. Evidently self-care skills are on top of my agenda. I’m also thinking of asking him to help me fold the laundry and, who knows, maybe he’ll make his own bed, too, but let’s not get ahead of ourselves. 🙂

There are a few more goals that I could add to this list, but I’m keeping it short for now. Looking at my goals for this year, I already feel that my son and I have our work cut for 2015.