As a klutzy,  chunky girl in elementary school, I hated P.E.  Balls whizzing by at light speeds terrified me, so volleyball and dodgeball were torture.  I never got picked for any teams; I was usually the riffraff, one of few remaining rejects in the player pool, who had to be taken in grudgingly. With the exception of dance, I don’t think I ever came away with anything useful from my Physical Education classes.

Because my son shares my athletically challenged constitution, I’d expected him to walk a mile in Mommy’s ill-fitting P.E. shoes. Fortunately the lack of a substantial Physical Education program in his former school saved him from  playground embarrassment. My son’s P.E. classes in school were humdrum affairs. In preschool, P.E. day was Friday, when the kids reported in their P.E. T-shirt and sweatpants, and spent the abbreviated hour-and-a-half school day playing, watching a film on teacher’s laptop, or celebrating a classmate’s birthday. Elementary school P.E. was no improvement; the kids were made to do calisthenics in their cramped classroom. 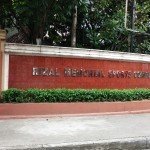 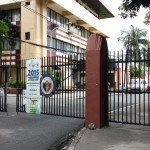 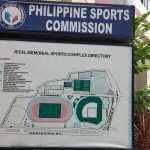 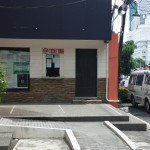 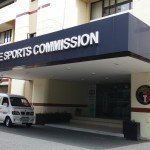 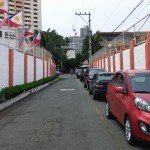 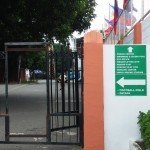 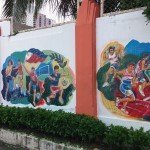 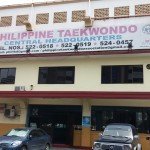 Now that we are homeschooling our choices for P.E. and sports are limited only by our finances.  We are fortunate to live some two kilometers from the Rizal Memorial Sports Complex in Malate, Manila. Built in1934 , the historic sports complex has witnessed key moments in Filipino sports greatness, including tennis ace Felicisimo Ampon’s domination of the likes of Sven Davidsson, Mats Wilander and Stefan Edberg, the Philippine team’s capture of the Asian Basketball Confederation championship in 1973, and our fighting warriors’  near-sweep of the amateur boxing championships at the 1954 Asian Games. The complex’s facilities include the Ninoy Aquino Stadium, the Rizal Memorial Coliseum, a track oval, an Olympic-size swimming pool, a badminton hall, and a tennis center. The Philippine Sports Commission manages and maintains the sports complex, which hosts various local and international sports tournaments and serves as a training venue for both amateur and professional athletes. 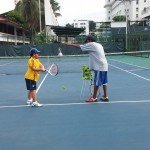 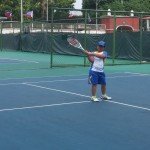 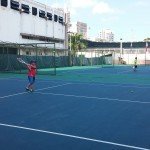 Motito started tennis lessons in Chennai this past summer. We had signed him for up for ten one-hour sessions, but he managed to attend only five due to a hectic social calendar.  Back in the Philippines, I committed my boy to 12 one-hour training sessions with a “resident” coach for his homeschool P.E. I must clarify my use of “resident” here.  You see, when you walk into the Rizal sports complex, you’ll see a bunch of regulars who neither compete nor play professionally but offer coaching services. They tend to hang out near the facilities where the sports they specialize in are played. Thus you’ll encounter swimming coaches near the swimming pool, tennis coaches by the tennis courts, etc.  For a fee, the tennis coach can also serve as a playing opponent or doubles partner. 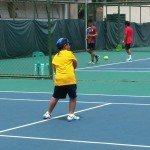 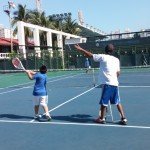 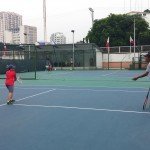 It was apparent very early on that Motito was never going to be the next Felix Barrientos.  He had poor racquet control and missed about 80 percent of hand-fed balls during the first six sessions.  When he was not missing the balls, he complained about the heat and exhaustion. He showed only slight improvement by the end of the 12-lesson cycle. I looked at my hapless eight-year-old’s pleading eyes and did what only a supportive mother could do: I signed him up for another 12 sessions.  🙂 I’d be selling him short if I said his game didn’t improve, because it did. His hitting accuracy went up noticeably as did his endurance. Still, he couldn’t sustain a back-and-forth play at all. He would return once or twice, if the odds allowed it, or thrice if he was really lucky. An hour of tennis was costing us a hefty 560 pesos (P300 for the coaching, P 160 for the tennis court and P100 for the guy who picked up the balls) .  And it was one hour of him just trying to hit the ball. He was getting some homeschool P.E. done, but I started to consider other sports or leisure activities that might be more worth the time and money than tennis was (for him, at least). 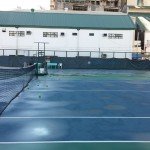 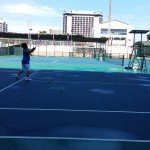 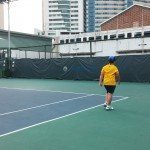 The beauty of homeschool P.E. is that the student can try another sport if the current one is not working out.  It took some convincing, but Motito’s father finally relented to a compromise: we would put the paid tennis lessons on hold and let the boy practice hitting against a wall for the meantime. Or he could take up another sport altogether. Right now, I’m looking at signing him up for swimming classes. Motito can swim freestyle, but his form could use some correction. He would also benefit from learning other swimming strokes and survival swimming skills, like treading water and swimming long distances. I’ve already made some inquiries, and the standard rate seems to be around P3600-3900 for 10 one-hour  lessons, inclusive of pool fees. A lower rate can be negotiated if two or more students sign up for the same time slot.

Sports are not the only way to do homeschool P.E.  Practically any physical activity that gets your child moving and improves their overall fitness will count towards homeschool P.E. credits.  You could take your kid along for regular morning walks around your residential subdivision, or have him or her accompany you to your next Zumba class.  He or she could play a game of pick-up basketball with other kids in the neighborhood, or you and your child could move along with an exercise DVD.  The freedom and flexibility in homeschool P.E. can help ease boredom and frustration, two of the most common reasons for quitting a fitness program. I’m excited about the various homeschool P.E. options myself. Hip-hop dancing, in-line skating or badminton might be next in line after swimming, as well as the occasional Tae Bo in the living room. God knows I could use the exercise, too!