Please note: This is NOT a paid blog post. I am not in any way connected with Nestle Philippine or the ad agency that crafted the campaign. I just happen to connect personally with the Nestle Chuckie Buddy TVC, so I thought I’d blog about it.

Television ads that celebrate a mother’s love and sacrifice for her child are so overdone they hardly move me anymore. Onthe surface, Nestle’s TV campaign for the Chuckie Buddy chocolate drink might seem like another recycled “there’s no lovelike a mother’s love” sentiment to toss onto the cliche pile. But the Chuckie Buddy TVC gives the familiar mother-and-child theme a fresh twist by slipping a heart-tugging message: Your kids are only young once. Why not join them in this fantastic experience? 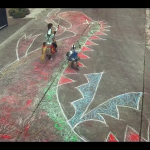 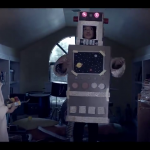 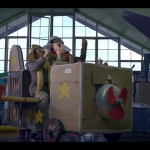 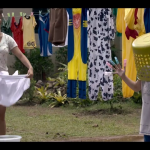 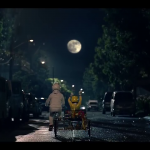 Nestle’s Chuckie TVC takes us through evocative vignettes of mother and son engaged in all manner of active, imaginative play. First, they are knights slaying a fearsome dragon as they gallop away on their trusty steed. A chalk-drawn likeness of the fire-breathing mythical monster lie vanquished on the pavement. Next, a pint-sized scientist laughs triumphantly as the robot he’s built comes to life. The robot is a crude but creative contraption made from cardboard boxes and bicycle lights, held together by glue and masking tape. Then they are fearless aviators charting a course in the sky as they navigate a two-seater plane fashioned out of cardboard and electric-fan blade. At the park, Mommy Wizard commands a geyser to burst forth from the concrete depths while her son, the imperious king, beholds the towering column of water in awe.Together they read a book while lying on their stomachs on a picnic blanket. While hanging clothes out to dry, the adoring mother indulges her son who has put on the laundry basket as a helmet. 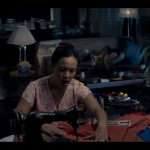 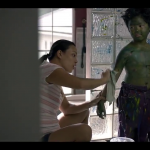 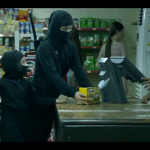 The Nestle Chuckie Buddy ad does not spare us the thankless drudgery of parenthood: the sleepless nights, the ceaseless cleaning up, and the curious glances from strangers who might question our life choices. We see the mother yawning as she puts the finishing touches on yet another set of costumes. In another scene, she is patiently washing off green coloring from her son’s body, quite possibly the aftermath of a Hulk play-acting episode. At a grocery store checkout counter, two black ninjas pay for their purchase, to the bemusement of the store cashier. 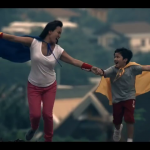 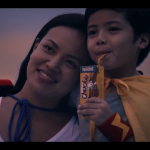 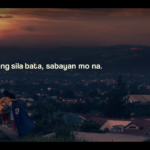 The spot’s piece de resistance is the child’s ode to his mother. Set to the music of Billy Joel’s “She’s Always a Woman,” the lyrics speak of the child’s glowing pride in having a mother who happens to be his best buddy, too. The spot culminates with mother and son, caped crusading duo, flying to the top of a hillock overlooking the city. They hold each other as they admire the setting sun cast a pale orange glow on the twilight sky. Closing the uplifting scene is the tagline: “Minsan lang sila bata. Sabayan mo na.”

As a parent to a boy with a peculiar brand of role-play, I can totally relate. I’ve lost count of the number of times my son and I have reenacted the lightsaber duels in all six Star Wars movies, accompanied with the proper dialogues. I stick to our silly morning rituals, where he pretends to be either a baby shark or Waddles, the pet pig in the Disney animated series Gravity Falls, and I’m either the mommy shark or Mabel. And despite cringe-inducing stares from strangers, I willingly let my third grader, all four feet six inches of him, ride the grocery cart and pretend like he’s driving it while I push him down the aisles. Hokey as this may sound, it’s moments like these when I feel like I’m seven again, when I couldn’t give a hoot about what others thought of my stupid homemade Wonder Woman costume.

Ordinarily I am wary of ads that blatantly manipulate my emotions. But Nestle Chuckie Buddy TVC doesn’t feel like it’s calculated to wring maximum emotions out of easy, soft-hearted targets. Sure, it tugs at our heartstrings. It may even leave us with a twinge of guilt. But it also rewards us this little takeaway about what it takes to create happy childhood memories and raise a child with the confidence to take on the world: a touch of creativity, a dash of imagination, and a faithful companion through life’s most magical ride.

I leave you now with the lyrics to the song featured in the ad. Feel free to get all choked up as you sing it softly to yourself. 🙂

She can slay all the dragons
She’s got lasers for eyes,
She’s my ace co-pilot
when I conquer the skies;
She can cast magic spells
with the greatest of ease,
She may be my Mom
But she’s always a buddy to me.

She’s my captain, my hero
She’s as strong as can be,
She may be my Mommy
But she’s always a buddy to me.