It is 8:30AM on Day Three of our do-it-yourself Mumbai travel, and my son and I are having breakfast at the hotel restaurant. Our flight back to Chennai leaves at 2:45PM. Allowing time for the drive back to the airport, checking in for our flight, and a little foot-dragging in between, we have roughly three and a half hours to squeeze some more sight-seeing before we bid “Phir milenge!” to the City of Dreams. Destinations beyond South Mumbai are out of the question due to time constraints, so we are exploring the Fort district again on foot to cover the ground we had missed on Day One. 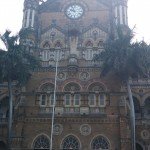 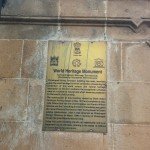 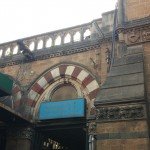 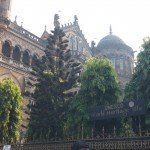 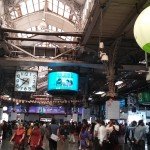 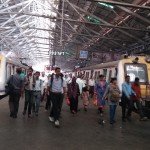 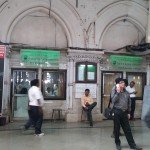 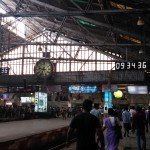 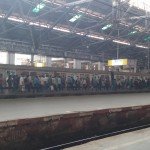 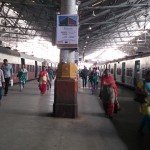 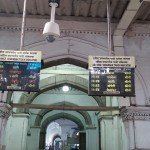 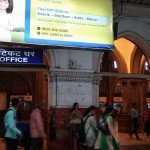 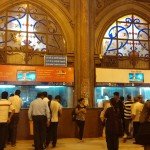 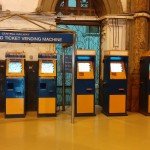 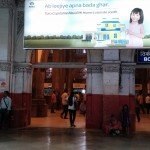 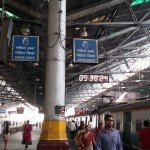 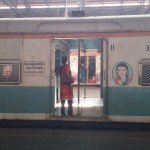 The Chhatrapati Shivaji Terminus, also known as the Victoria Terminus, is a historic railway terminal that was designated a World Heritage Site by UNESCO in 2004. Showcasing a glorious fusion of Victorian Gothic Revival and Indian traditional architecture, the majestic railway station features elaborate stone carvings of flora and fauna, arched tympana, decorated rose windows, as well as a stone dome, pointed arches, and a ground plan reminiscent of Indian palaces. The railway station spreads over an area of 1,450 acres and serves three million commuters every day. At the terminal, I clicked away with my camera to capture the morning rush hour scene, while Motito stood transfixed by the massive iron horses, as Dickinson would say. I’ve done my fair share of rail travel in India, taking the Shatabdi from Chandigarh to New Delhi, then hopping on the Rajdhani Express for the onward journey to Chennai to visit the in-laws, boarding the Kalka-Shimla line to head for the cooler climes of the hill station, and reverse engineering the process for the journey back. The last train trip we had taken as a family was in 2008, when Motito was two. He doesn’t remember any of those trips now. 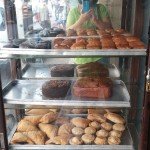 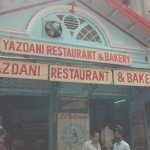 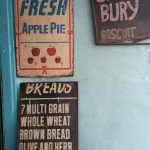 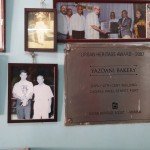 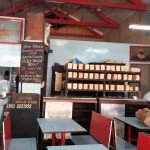 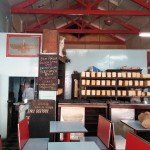 No Mumbai travel would be complete sitting down to a cup of Irani tea and a piece of brun maska in any of the city’s quaint Irani cafes. Having fled to Bombay to escape religious persecution in their native Iran, the hardworking and self-reliant Zoroastrian Iranis or Parsis opened cafes and bakeries to support themselves in their adopted homeland. At the the Yazdani Restaurant and Bakery, time appears to have stood still, with the establishment preserving its original look and feel since it opened in 1953.  Breads and cookies are  made by hand and baked in a wood-fired oven. Peering into the glass display cases of Yazdani, I couldn’t resist filling a bag with a dozen Mawa cakes, a block of Madeira cake, a loaf of fresh-off-the-slicer white sandwich bread, and a round chocolate cake to bring back to Chennai. Motito and I split a heavenly brun maska, a toasted-on-the-outside-fluffy-on-the-inside buttered bun, which we daintily dunked in sweet milky Irani chai. Yazdani is one the last Parsi cafes standing in the face of onslaught from the modern cafe culture purveyed by Starbucks and company. From numbering to 550 in 1950, according to CNN, only about 15 to 20 Irani cafes have survived the new millennium. Parsi cafes are as integral to Bombay heritage as Bollywood and bhel puri. It is hard to imagine Mumbai without them.

A couple of hours later at the airport, a mild cacophony erupted in the boarding gates area of the Mumbai airport. Not a manic frenzy that fills you with fear, but the kind that erupts in civilized spaces when a well-known celebrity unexpectedly walks in. I turned to see what had caused the commotion. Six or seven of the finest male specimens of the human race were striding toward their final security check. Clad in bright yellow uniforms, the strapping hunks of athleticism and swag looked familiar, but I couldn’t be sure. My eyes scanned the dreamboat contingent for any familiar faces that would confirm my hunch. Just then the Guy, the one they called Captain Cool, started making his way to the security check. “Oh, it’s him! It’s him! It’s Dhoni!,” I squealed like a school girl, as I grabbed Motito, who had been oblivious to the celebrity sighting the whole time, and we pushed our way through the jostling crowd. 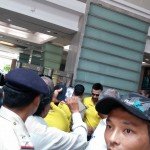 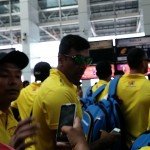 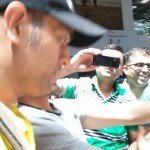 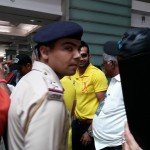 My son demanded to know what the fuss was all about. Why, the Chennai Super Kings happened to be passing through, I exclaimed. “Who are the Chennai Super Kings?,” my son asked impatiently. “They’re cricket players,” I explained. “You know, cricket. The only thing that is able to hold your Appa and Thatha’s attention longer than a Sunny Leone item number.” Motito looked thoughtful for a moment, before realization dawned. “Oh, cricket! Yes, yes…cricket…,” he sad, then quickly dismissed, “Meh. I think it’s boring.” There was no way I was gonna get this guy to use his “cute, young phoren cricket fan” advantage to snag a photo-op with the team. The cricket superstars obliged a few lucky autograph and sefie seekers, flashing their pearly whites as countless smartphone cameras clicked from all directions, before being whisked to a waiting airport bus by the burly body guards. Resignedly, we returned to our seats in the gate. I scrolled through the photos I had managed to click in the brief chaos. What a story to tell my father-in-law when we got home! The photos were blurry, shaky, useless disasters, though I did manage to take one of Irfan Pathan’s face half-obscured by an airport police in the foreground. And there was an out-of-focus snap of Dhoni. Yup, it’s a keeper.