It’s pretty easy to accumulate all sorts of junk when you have kids. I only have one, and although he’s not the” gimme-gimme” type, he does tend to get attached to the toys that he has. Couple that with my rat-pack nature and you get a hoarding problem that’s waiting to rear its ugly head. When I do gather up the motivation to box up some toys and books,  I usually drop them off to the nearest Jollibee for their Maaga ang Pasko donation drive.  But when I needed to clear out some space for homeschooling in June, I realized I couldn’t wait until the holiday season to get rid of some of our stuff that’d been lying around. 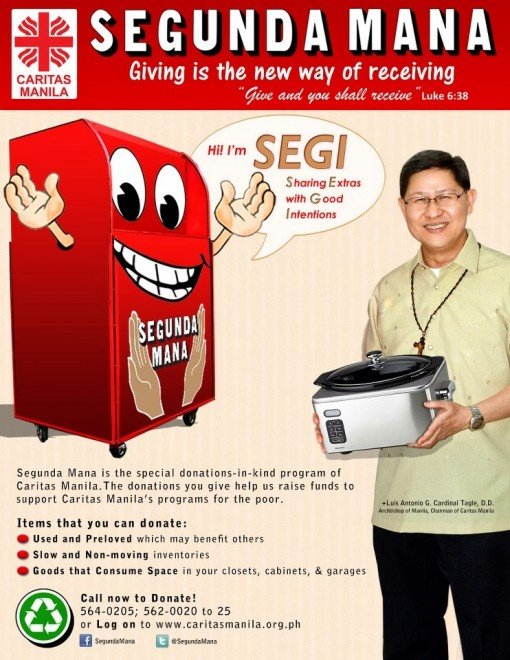 A quick Googling of charities in Metro Manila led me to the Caritas Manila’s  Segunda Mana donations-in-kind program. Segunda Mana accepts donations of toys, books, clothes, household items, electronics,  school supplies, or just about anything that can still be used or sold. Once donations are cleaned and sorted, they are sold through Segunda Mana stores, which can be found in many popular shopping malls. All proceeds from the sale go toward the Catholic charity’s programs for the poor.  What I find most attractive about Caritas’s Segunda Mana donation program is that one can schedule a free pick-up and a specially marked van will come to your place and collect your donations at the appointed time.  To schedule a pick-up, one may call the Caritas office at (632) 564-0205 to 562-0020 to 25 or email them at [email protected] and [email protected] 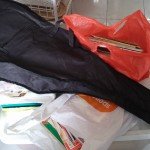 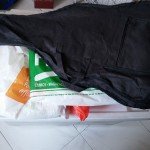 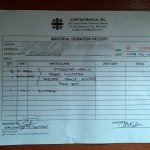 After sorting through our stuff, I filled three shopping bags and a plastic storage box with old books, toys, clothes, shoes, unused school supplies, a scanner, and a child-size guitar.  I called up the Caritas office, and the lady who answered the phone took down my name, address, contact number and the number of boxes I was donating.  I was told that they receive a quite a few calls from those eager to donate and that that they would get back to me once they have arranged a pick-up schedule.  About two days later, I received a text message informing me of the day and time of pick-up. Since I couldn’t be home at the appointed time, I called them up again to reschedule (same day, but different time), and they readily accommodated my request. The Segunda Mano red-and-white van came to my house as expected, and the two amiable male personnel gratefully loaded up my donations into the vehicle.  Before leaving, they gave me a Material Donation Receipt describing the particulars of my humble contribution. Giving has never been this convenient and pleasant.

So, if you’ve got stuff that you no longer use but might be useful to others, or things that you’ve never used at all for some reason or another, I highly recommend donating them to Caritas Manila’s Segunda Mano program. Aside from the numbers I’ve given above, you may also reach Segunda Mana via Twitter or Facebook.