Asia Pop Comic-Con 2015: Fanboying and fangirling at the WTC

On September 29, 2015, mother and son trekked to the World Trade Center in Pasay City to converge with other nerds and geeks at the Asia Pop Comic Con.  You will never see a larger concentration of pop culture enthusiasts  than at a comic convention, where comic book collectors, cineastes, and gamers ooh, aah and ogle at the larger-than-life figures and statues of film heroes and monsters, while posing for selfies with cool cosplayers. 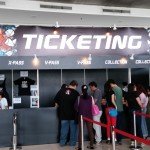 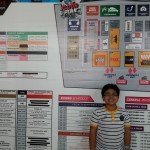 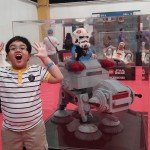 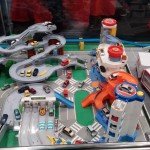 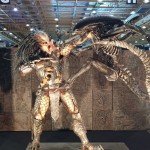 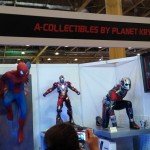 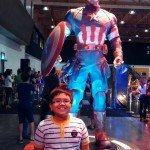 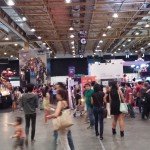 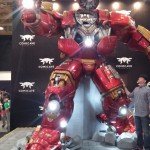 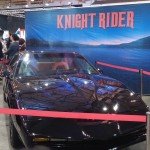 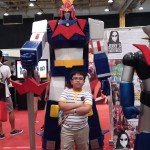 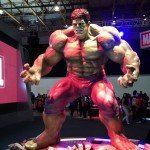 I had prebooked our passes online, paying P500 for an adult pass for one day.  Each child accompanied by a paying adult was entitled to free admission.  The vast display hall featured, among others, eye-popping reproductions of Iron Man, The Hulk, Thor and Captain America, the battling monsters from Alien Vs. Predator,  Star Wars characters rendered in thousands of Lego pieces, Tomica cities, and the KITT car from Knight Rider.  For P300 you could have a photo of yourself inside the ginormous Hulk Buster Armor and receive a T-shirt that says “I coughed up 300 buckeroos and all I got was this lousy tee and a photo-op with the Hulk Buster.” No, that’s not true about the sign on the T-shirt. I just made that up. 🙂 I didn’t care for the tees, which looked Divisoria-average, but I balked when I saw the long queue. I was glad my son wasn’t too keen on having a selfie in the armor. Comic book artists were on hand to sign autographs or sketch your visage in pencil. 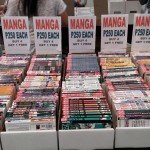 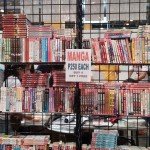 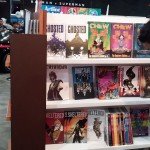 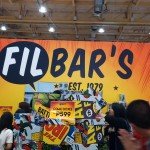 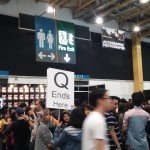 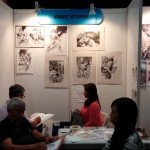 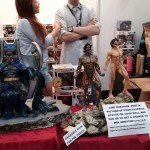 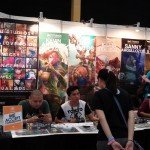 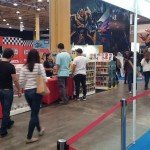 A fanboy and his money are soon parted, and this modern adage is put to the test by a dazzling array of merchandise on offer.  National Bookstore and Filbar’s sold comics and graphic novels at varying discounts, while shelves and stacks of manga lured collectors with signs promising “P250 each (But 4 Get 1 Free).” For a price, you could have yourself immortalized as a Funko Pop figure from Valkyrie Studios or  commission a custom-made life-size statue of anything from Acube Art Studios. We did not partake of any this, though. All we did was take selfies with the statues and watched the Star Wars trailer as it played on infinite loop. On the way out, we picked up an Asia Pop Comic Con cape (for 150 pesos, if I recall correctly).  I know this was not how one maximized an experience at a comic convention, but there were far more underwhelming ways to spend a Sunday afternoon, if you asked me.