AlDub, Kalyeserye, and kilig pa more: Tube without the boob

Unless you’re non-Filipino or have been living under a rock, you must’ve heard about the AlDub phenomenon that has swept social media by storm. A quick backstory for the uninitiated: AlDub is a portmanteau of Alden Richards and Yaya Dub, the main characters in a live, improvisational comedy segment of Filipino noontime variety show “Eat Bulaga.” Maine Mendoza, who became an Internet sensation when her Dubsmash videos went viral, plays Yaya Dub. Alden, an actor, plays himself. The “lovers” interact mainly through split-screen TV, as Yaya Dub works the remote broadcast of show, while Alden stays in the TV studio. Yaya Dub was an unsmiling, haughty nanny whose icy exterior was broken when she saw Alden smiling at her antics on split-screen. Until that time, Alden had not been part of the comedy segment, which later became known as Kalyeserye. In an instant, Yaya Dub’s poker face broke into a flattered grin, thereafter she did the “pabebe wave” (a sort of “I’m shy, but I’m interested” kind of hand wave). Alden waved back, flashed his cute dimple, and blew Yaya Dub a kiss, which Yaya reciprocated. Filipinos, being the hopeless romantics we are, responded with a collective “kilig.” Thus a showbiz phenomenon was born. 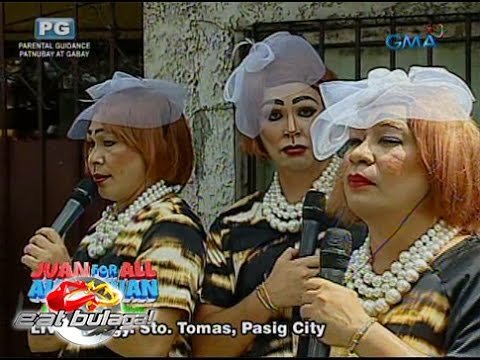 I was watching the AlDub loveteam on Kalyeserye one day when my nine-year-old threw me one of those “lost-in-translation” curve balls: “Mommy, what’s kilig?” Though not well-versed in Filipino, Motito had a working understanding of “kilig,” but he wanted an exact English translation. Like many parents caught without a convincing answer to dazzle the curious little one, I sought Google’s guidance. “Romantic excitement” went one translation. “Giddiness one feels at the sight of one’s beloved” went another. “The body’s impulsive response, akin to chills going down one’s spine, to love and romance-related notions and actions” said one forum post. I confessed to my son that “kilig” did not translate to one English word, that it was something only Filipinos would inherently know. Kilig is to hopeless romantic Filipinos as saudade is to nostalgia-afflicted Brazilians/Portuguese.

I asked Motito, who has difficulty with social interaction and reading body language, to describe his idea of “kilig.” He responded by pointing out the many times he has caught me sighing deeply, slapping the throw pillow silly, and contorting my fortysomething-year-old body in ways that would mortify my chiropractor. As it turned out, my unintended characterization of “kilig” was spot on. 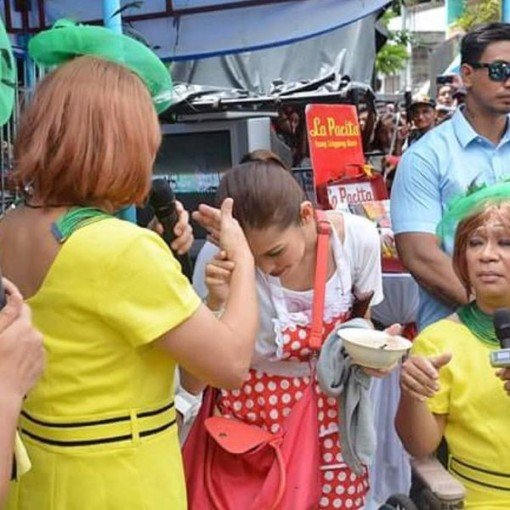 For four months starting in July, Kalyeserye became my favorite break from our daily homeschooling schedule. Faithfully I followed the mirthful saga of the star-crossed split-screen lovers and the hilarious hijinks of Yaya Dub’s eagle-eyed Lolas (grandmothers). Motito, who had never watched a Filipino TV show or movie before Kalyeserye came along, got reeled in, too. I know some well-meaning parents and homeschoolers would frown at exposing a school child to silly noontime TV fare. Much column-inch has been devoted to dissecting the “dangers” of wallowing, slack-jawed and eyes glazed over, in the cheap comfort of “low-brow” entertainment. But there’s a lot to be said for a comedy show that has helped improve my son’s conversational Filipino and his understanding of cultural nuances. Kalyeserye takes pains to reinforce cherished customs like the “pagmamano” (seeking an elder’s hand and touching it to one’s forehead as a gesture of respect) and the use of “po” and “opo” honorifics, and promote Filipino values rooted in kinship, obligation, dignity, propriety, and piety. Having lost his two grandmothers, Motito takes vicarious comfort in watching Yaya’s Lolas either dote on or admonish her, recalling how his own Lolas were the same way with him. 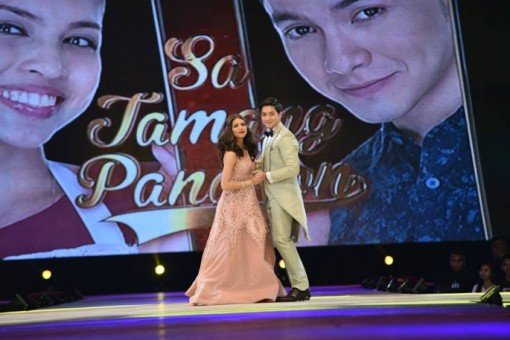 It’s been years since the last time my son and I sat together in front of the TV.  I recall singing along with my then three-year-old to theme songs of “Team Umi Zumi,” “Special Agent Oso” and ” Handy Manny,” believing that the age-appropriate cartoons helped teach him about numbers, adaptive skills, and social skills.  Justifying the educational value of some shows on cable TV is the favorite defense of mothers like me who allow their kids the occasional tube time.  But his love affair with Disney Channel and Nickelodeon didn’t last long. Motito abandoned the telly as soon as he learned to read, preferring the choice, control and interactivity that the Internet offers. Over the years I have come to take a more balanced approach to curating my son’s sources of regular entertainment. He gets to watch “Gravity Falls” or play “Criminal Case” as long as he reads a book for at least half an hour every day.

As Kalyeserye enters its seventh month, I find my interest waning. The AlDub pair had findally met (and danced and sang together) in person on October 24th, in a grand extravaganza that was held in a packed 50,000-seater arena and watched by practically every Filipino who owned a TV set. Like many fans of the series, I consider the pair’s physical meeting, dubbed “Tamang Panahon” (the Right Time), the culmination of the near-meetings and interrupted dates that had characterized their unusual courtship. I no longer mind missing an episode or two, preferring to check on my Facebook timeline every 15 minutes or skim over my favorite subreddits. Even my son has gone back to watching YouTube videos of talking oranges and over-enthusiastic video gamers. In short, we are back to our old ways. To be honest, I haven’t decided if that’s a good thing. 🙂