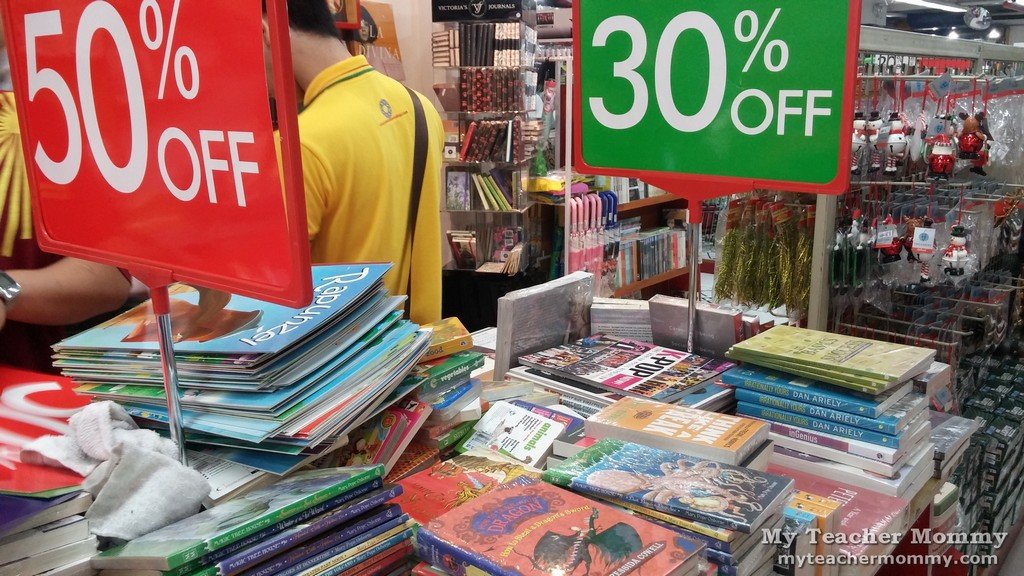 Here’s a life pro tip: When National Bookstore announces a Cut Price Book Sale, you run to your nearest NBS branch on the first day of the sale and head straight for the display shelf that’s marked with a “50% off” sign. That’s where the biggest book bargains can be had, where you get half-price off on selected bestsellers, children’s books, young adult titles, and reference books. It’s a deal-hunting strategy that’s served me well in NBS Cut Price Book Sales of recent past. 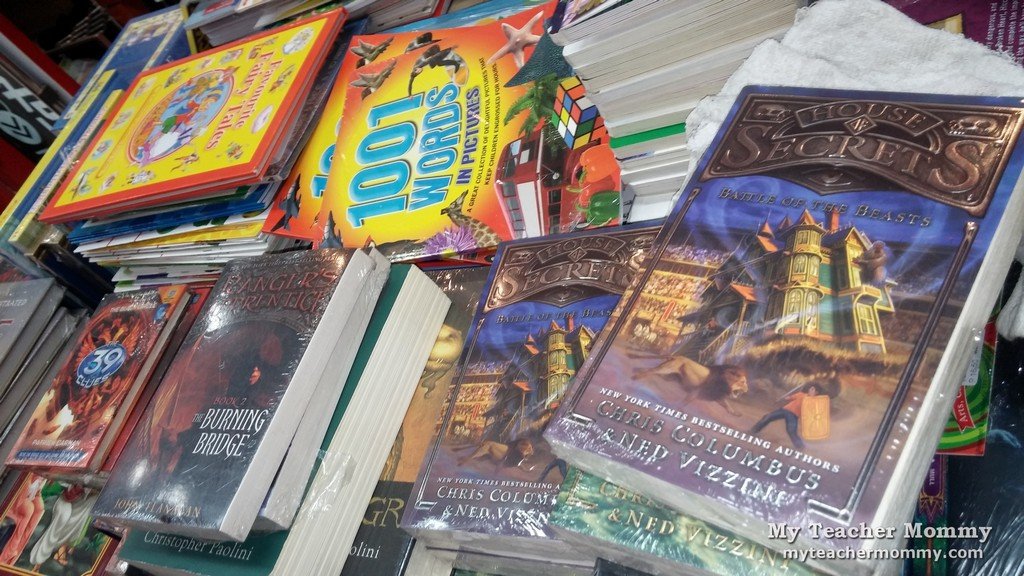 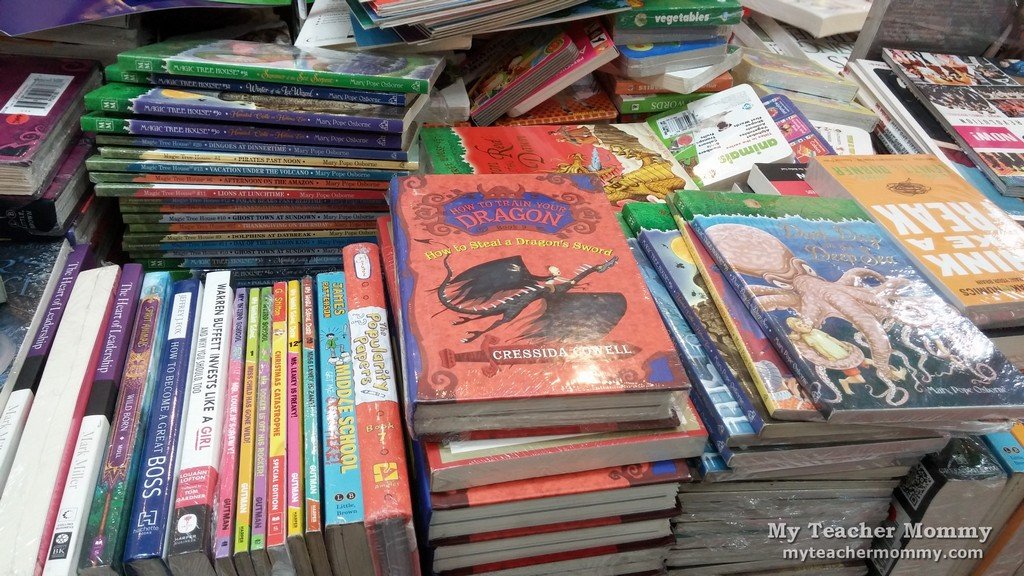 Having walked away with a only a bunch of postcards from the 2016 Manila International Book Fair, I was eager to make full restitution at National Bookstore’s biggest sale event. At my local NBS branch, I quickly espied two books from James Patterson’s bestselling Middle School series. The series follows artistic but socially awkward sixth-grader Rafe Khatchadorian as he navigates the often confusing, sometimes cruel and rarely encouraging environment of middle school. 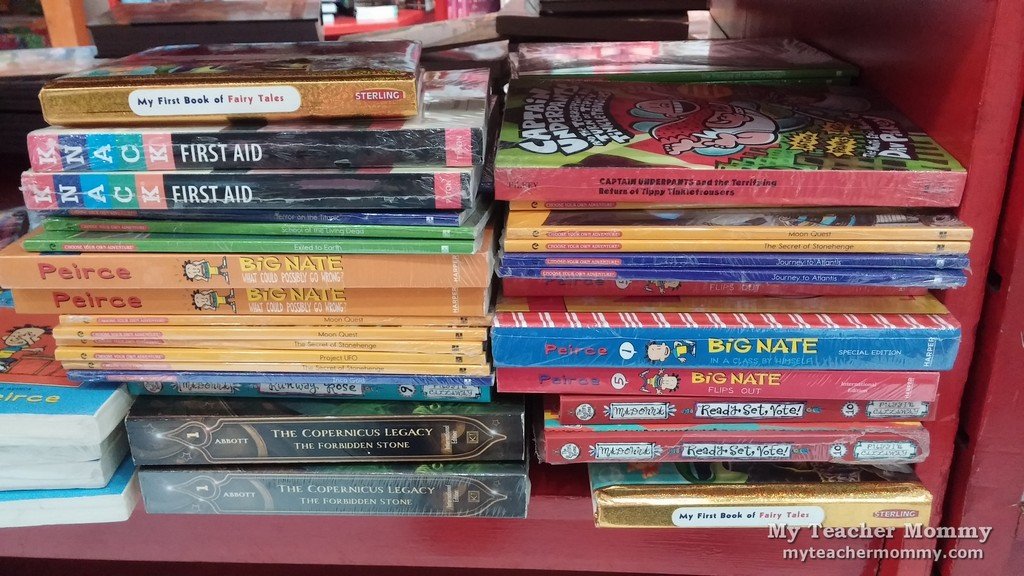 The first book from the series, Middle School: The Worst Years of My Life, has been adapted into a feature length film in 2016.  I wasted no time in picking up Middle School: Get Me Out of Here and Middle School: Just My Rotten Luck when I saw that both were selling for half the retail price. These books will be my son’s introduction to the Middle School series, and judging from the rave reviews, I think he’s going to enjoy reading them. 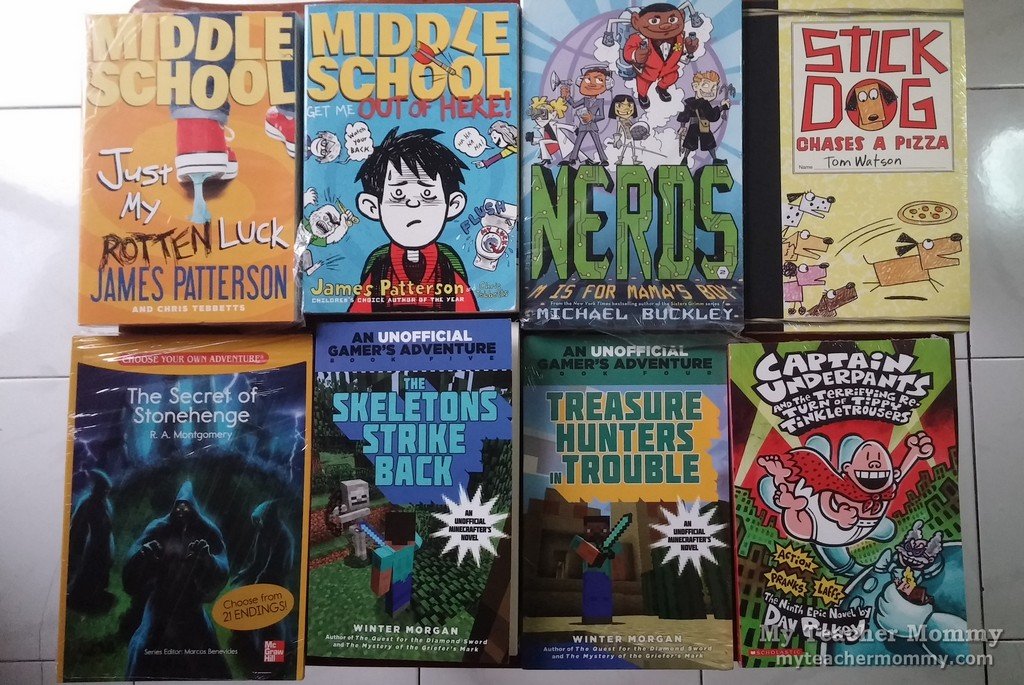 The next book that caught my eye was N.E.R.D.S.: M is For Mama’s Boy, by Michael Buckley. It is the second book in a series about a group of outcasts who run spy network from inside their school. With the help of technology “upgrades,” the young secret agents transform their nerdy qualities into incredible abilities. I’m counting on the book to deliver based on the series’s unanimously positive reviews on Amazon.com.

My son wants to have a pet dog, but I’m not ready for the commitment. Until he gets a real-life pooch to play with, he’ll have to content himself with reading about man’s best friend. Stick Dog Chases a Pizza is the third book in Tom Watson’s series about a dog and his chow-chasing canine crew. Reviews praise the series’s delightful stick drawings and clever wordplay. 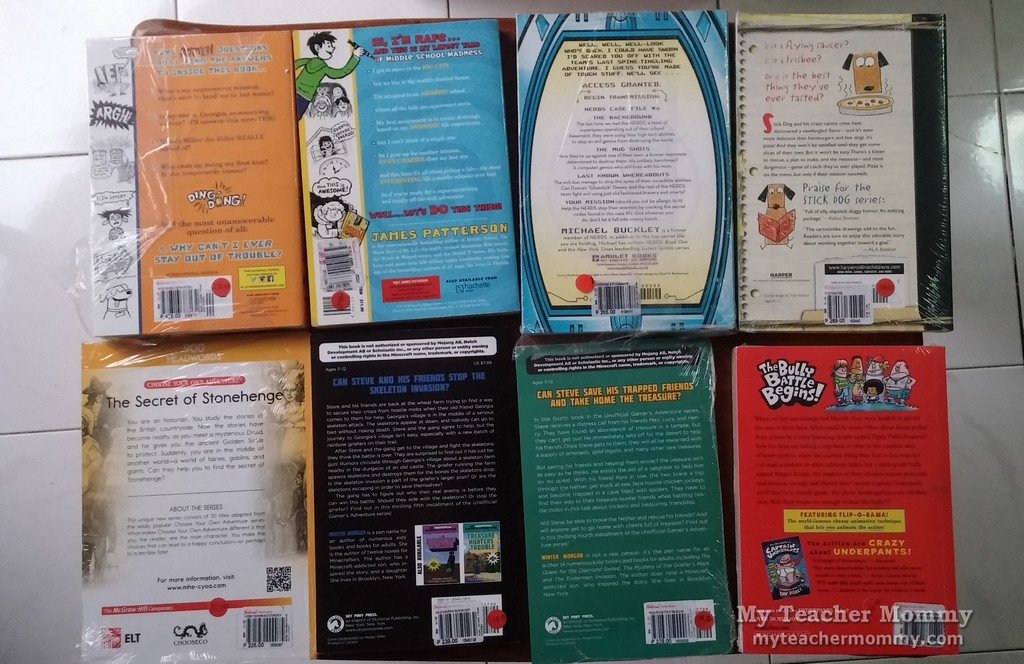 A stack of Choose Your Own Adventure books sat in the middle of the half-price-off pile and looked very inviting. I’d loved the series when I was child, because each adventure made me feel that I was in control of how the story would progress. I picked up one book to read the blurb on the back cover. I was a bit disappointed to find that it was an ETL edition, which means the book was adapted from an original Choose Your Own Adventure title but with the words and language simplified for English as a Second Language (ESL) learners. My son reads well above his grade level,  and I felt the ETL edition would not give him the challenge he needs. Nevertheless, I wanted Motito to have a taste of my beloved adventure series so I grabbed Choose Your Own Adventure: The Secret of Stonehenge.”

Like many kids his age, Motito is mad about Minecraft. The wildly popular Lego-style building and survival game has spawned every merchandise imaginable, from toys to party supplies to books. An Unofficial Gamer’s Adventure is  one of the many book series based on or inspired by Minecraft. Well, why not?, I thought as I tossed The Skeletons Strike Back and Treasure Hunters in Trouble</em> into my basket. 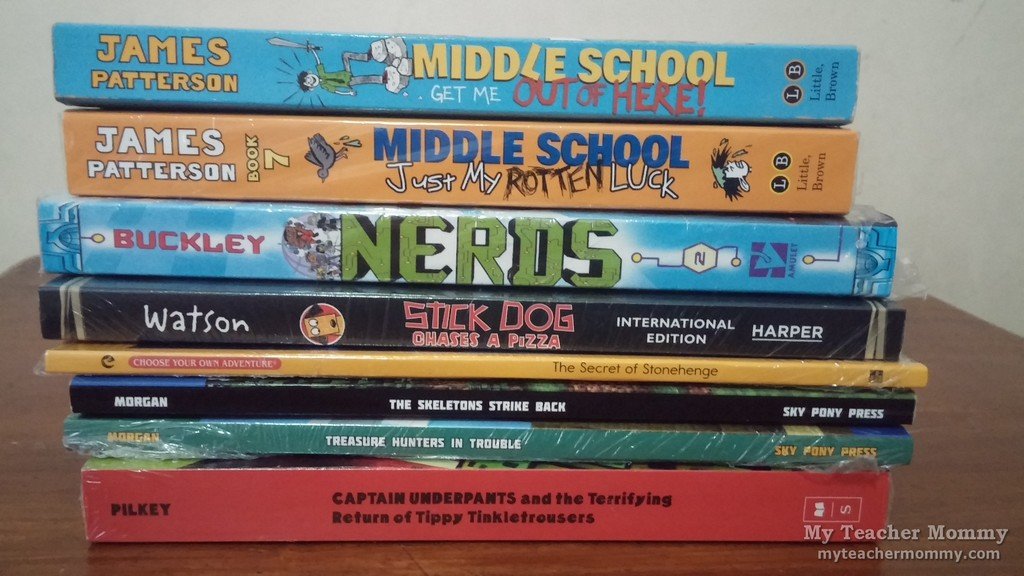 Motito is a big fan of Captain Underpants, the irreverent series about a pair of misfits who imagine their mean school principal as an unlikely superhero who battles evil robots, mad scientists, and zombie cafeteria ladies. He’s read five books from the series, and when I spotted Captain Underpants and the Terrifying Return of Tippy Tinkletrousers, I hastily grabbed one of only two copies in the store and dropped it in my basket.

Each book that I’d picked up was affixed with a red sticker (which meant it was 50% off retail price, according to National Bookstore’s color-coded discount scheme). My purchases, eight books in all, totaled a surprisingly low Php 1243 (USD 25.80). I’m so doing this again next year.