On the evening of what was supposed to the be last day of the National Bookstore Cut Price Booksale in 2016, the country’s biggest bookseller ran a Twitter poll asking its followers if they would like to see the sale extended. One does not have to be a genius to figure out how the poll ended: the overwhelming clamor for another go at grabbing book bargains prompted National Bookstore to extend the NBS Cut Price Booksale until October 30, 2016. 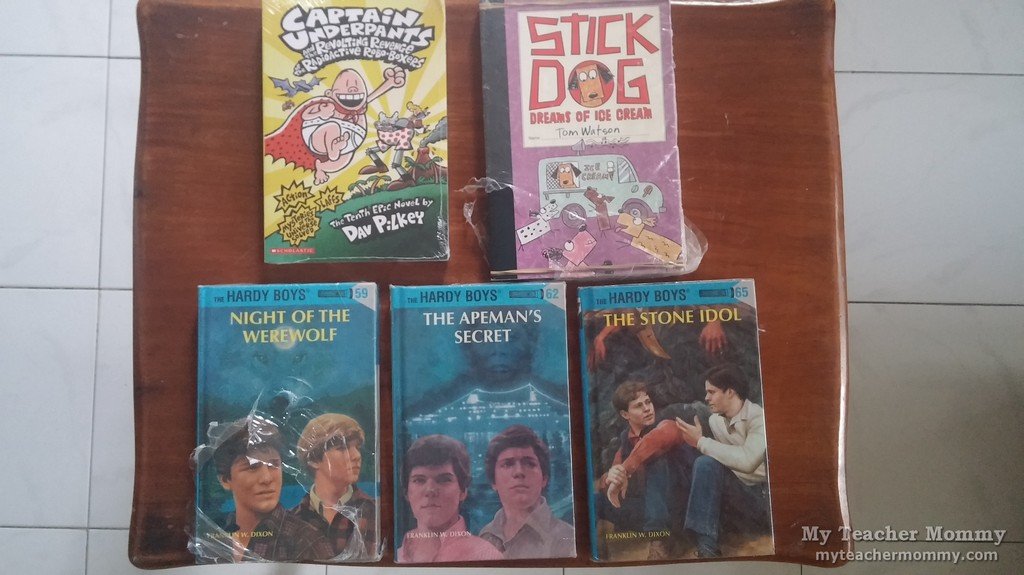 Despite being happy about the extension, I lowered my expectations about National Bookstore replenishing their half-price-off stocks. The good books had been cherry picked, I thought, and there would only be leftovers to sort through until the sale ran its course. Imagine how chuffed I was when, while browsing the 50% off shelf at a local NBS branch, I saw more titles added to the lot. I wasted no time in scooping up five new books for my son.

Captain Underpants and the Revolting Revenge of the Radioactive Robo-Boxers, by Dav Pilkey brings my son’s Captain Underpants collection up to seven. I’m keeping my fingers crossed that I’ll find the 5 books he hasn’t read before the sale is over. Motito liked his first Stick Dog book so I picked up “Stick Dog Chases an Ice Cream.” In this delightful Tom Watson book, Stick Dog and his gang of peckish canines chase an ice-cream truck one hot summ, er afternoon. 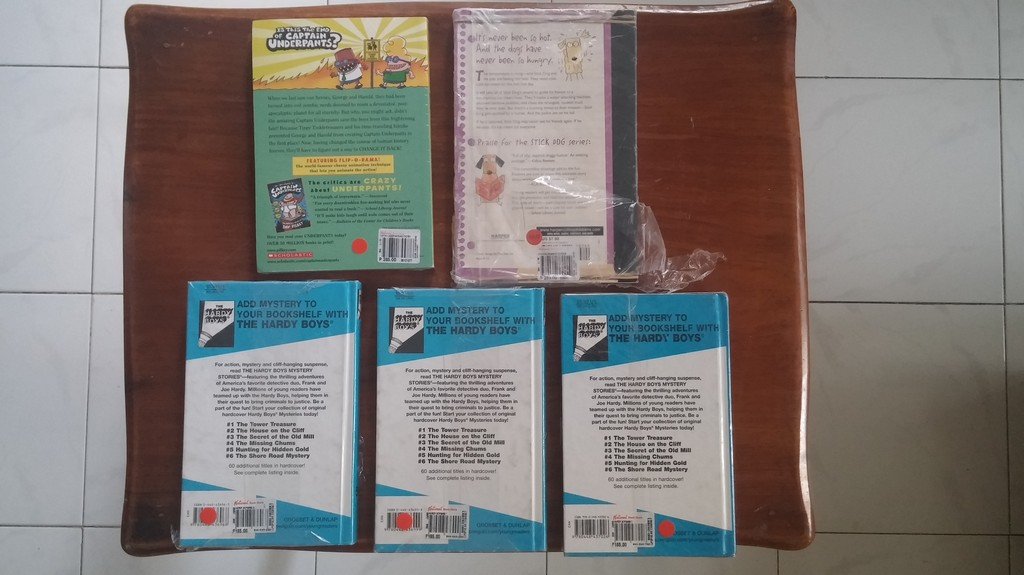 The Hardy Boys book series is another favorite, so I bought Night of the Werewolf, The Apeman’s Secret, and The Stone Idol. These titles are not part of the first 59 books that many Hardy Boys fans consider the canon. Instead, they are reprints of the Digests series, wherein the regular characters from the original series also appear and the Hardy world remains unchanged. At PHP 92.50 each, the hardbound mysteries were a steal.