One of my resolutions for 2017 is to travel more, so I took Motito with me to the 2017 Travel and Tourism Fair (TTF) in Chennai to shop around for travel deals. Calling itself India’s largest travel trade network, TTF holds trade fairs at nine major cities in India (not simultaneously, but more like a traveling trade show, pun intended). This year’s Chennai TTF took place on January 6-8, 2017, at the Chennai Trade Centre in Nandambakkam. 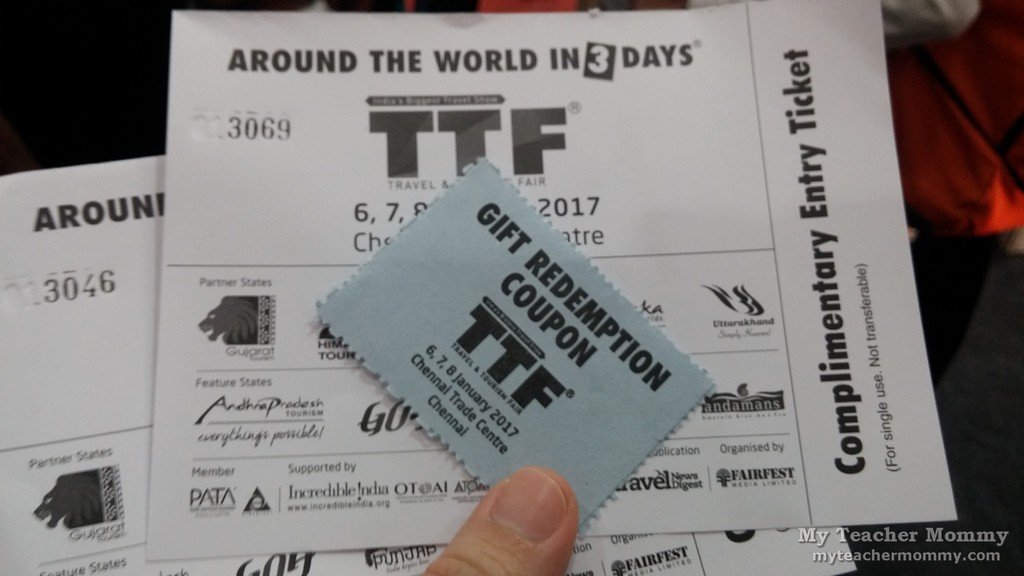 The 2017 TTF was the first travel and tourism fair I’d ever been to in India, but I’ve gone to several in other places, so I’d expected the Chennai fair to be more or less the same: packed to the gills, long queues to airline ticketing booths, travel deals so irresistible you’d be phoning the office to apply for vacation leaves, and freebies galore. I should’ve managed my expectations. The press release on a major daily had promised a “three-day travel extravaganza with over 120 national and international participants,” including state tourism boards, airlines, hotels, tour operators and travel agents. From what I saw, the only carrier that participated at the 2017 Travel and Tourism Fair in Chennai was Sri Lankan Airlines. Despite being predominantly geared towards domestic travel, the TTF 2017 showed a marked paucity of local airline deals. While the presence of the Indian Railways booth was reassuring, the participation of domestic carriers would’ve been welcome. Hotel operators gave out brochures detailing accommodations and room rates, but I never got the sense that I would be a getting a good deal. Or maybe I was, but I just didn’t know it. In the future, I suggest the marketers highlight discounted rates (if they’re offering such) on brochures/pamphlets showcasing their hotel and tour packages. Let the people know how much they’d be saving in time, effort, and money, if they chose to book with them. Otherwise, I feel like using Trivago or Cleartrip to book online would be a better use of one’s time, and that’s not exactly helpful to travel agents and tour operators, who are being increasingly seen as redundant in this age of DIY travel. It’s a misconception that the travel industry must strive to correct. As I often travel with my son, I’ve had tremendous help from trusted travel agents with arranging some of our trips and itineraries. Despite the let-downs, the TTF 2017 in Chennai did offer enticing holiday packages, adventure trips, and pilgrimage tours to Himachal Pradesh, Ladakh, Goa, Kerala, Madhya Pradesh, Maharashtra, Karnataka, and the Andaman and Nicobar Islands. A trip to the Golden Triangle in early 2018 with a couple of friends from the Philippines is on the drawing board, so I was particularly interested in tour packages to Delhi, Agra and Jaipur. I was dismayed to find the Delhi Tourism booth forlornly unattended. When I spoke to a few travel agents about my Golden Triangle plans, they had me sign on their guest books and promised to call me back soon. Meanwhile, tour packages to the nearby hill stations of Munnar and Ooty gave me pause. Perhaps we might squeeze in a quick trip to Ooty before we fly back to the Philippines in February. 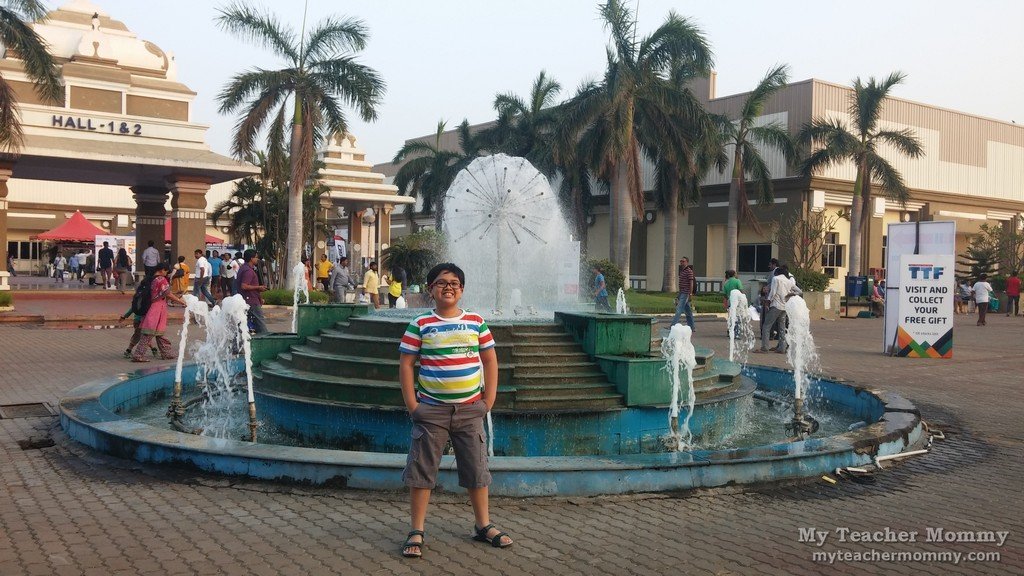 After an hour exploring the exhibition hall, Motito and I stepped out into the sprawling trade center grounds. With the sun setting low in the horizon and a pleasant evening breeze blowing, we felt compelled to stay awhile to admire the beautifully landscaping and fountains. Next, we marched towards the tented food service area. My son could not be sweet talked into trying some of the native snacks, so I got him a plate of french fries instead. My curiosity was piqued by what looked like Japanese takoyaki balls being prepared at one stall. I would find out later that they were kuzhi paniyaram (also called paddu or gundu ponganalu), pan-fried savory dumplings made from idly batter. I thought of trying them, but went for a plain old aloo parantha to satisfy a six-week craving. The parantha turned out to be quite insipid, making me wish I’d had the kuzhi paniyaram instad. What a day it had been; even the food had left me wanting. At least we managed to book an Uber without surge pricing for our trip home.