What would Star Wars be without the lightsabers? Perhaps just another special-effects-laden good-versus-evil epic set in a galaxy far, far away. My son, Motito, who is a dyed-in-the-wool Star Wars fan, would disagree. But he sure has never complained about the glorious lightsaber duels in George Lucas’s monumental space opera franchise. He’s so awestruck by the lightsaber battles that he puts me up to reenacting them with him using his Star Wars Bladebuilders lightsabers. 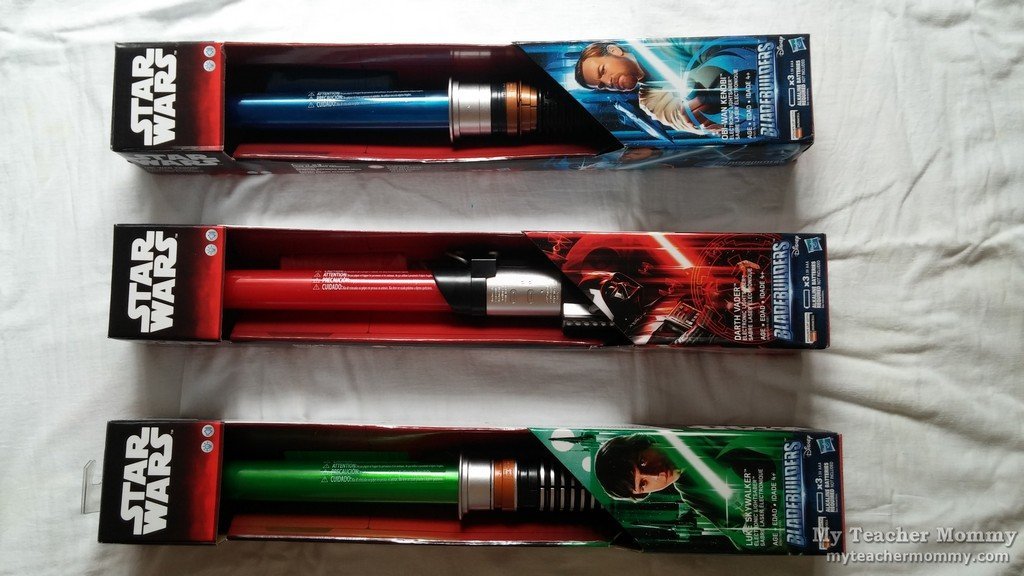 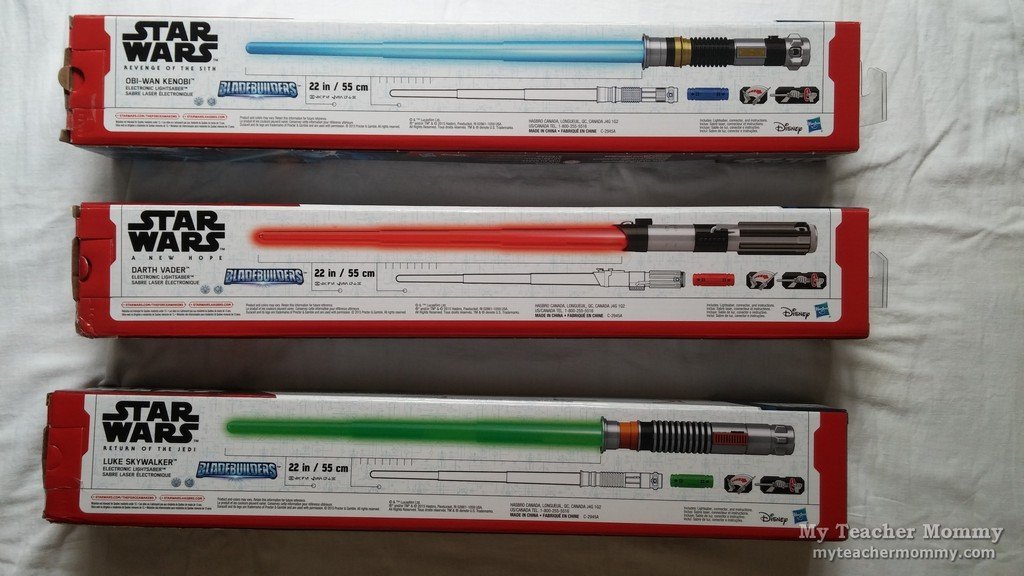 I ordered Star Wars Bladebuilders lightsabers from Amazon.co, and they arrived at my doorstep about a month ago. Christmas came early for my dear boy! He couldn’t wait to get his hands on his four new Star Wars electronic lightsabers.

All good guys are alike; each bad guy is bad in his own way. My apologies to Leo Tolstoy, but aren’t we fascinated by the often complicated, sometimes overwrought backstory of what makes bad guys bad? Don’t even get me started about baddies who, in a climactic, unexpected twist, redeem themselves before the credits start rolling. Darth Vader, once a heroic Jedi Knight but seduced by the Dark side of the Force, is the most iconic of film protagonists.  Little wonder that the Darth Vader Bladebuilders lightsaber is my son’s favorite. “It’s over, Anakin!” Obi-Wan warns the furiously charging Vader-in-the-making.  “I have the high ground!” Like that would stop Anakin from attempting one last swipe at his former Jedi Master. It doesn’t end well for Anakin. He ends up losing all his hair and having a machine for lungs. Whenever Motito and I re-enact the Duel on Mustafar, I get to wield the Obi-Wan Kenobi Bladebuilders lightsaber, while he makes do with a Darth Vader lightsaber.

The son of fallen Jedi Knight-turned-ultimate-badass Darth Vader and Padema Amidala, Queen of Naboo, Luke is destiny writ large. As the main protagonist of the original Star Wars film trilogy, Luke helps the Rebel Alliance score a major victory over the Galactic Empire by blowing the Death Star into smithereens. When play acting the final duel between father and son in Return of the Jedi, Motito chooses the Luke Skywalker electronic lightsaber, which means I get to be Vader. The Force is strong with this one, indeed. 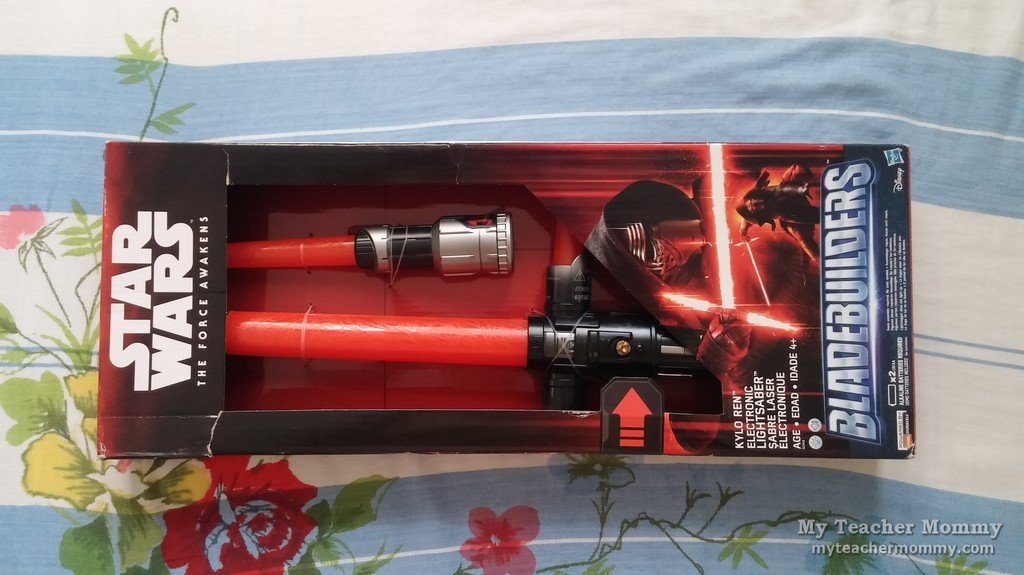 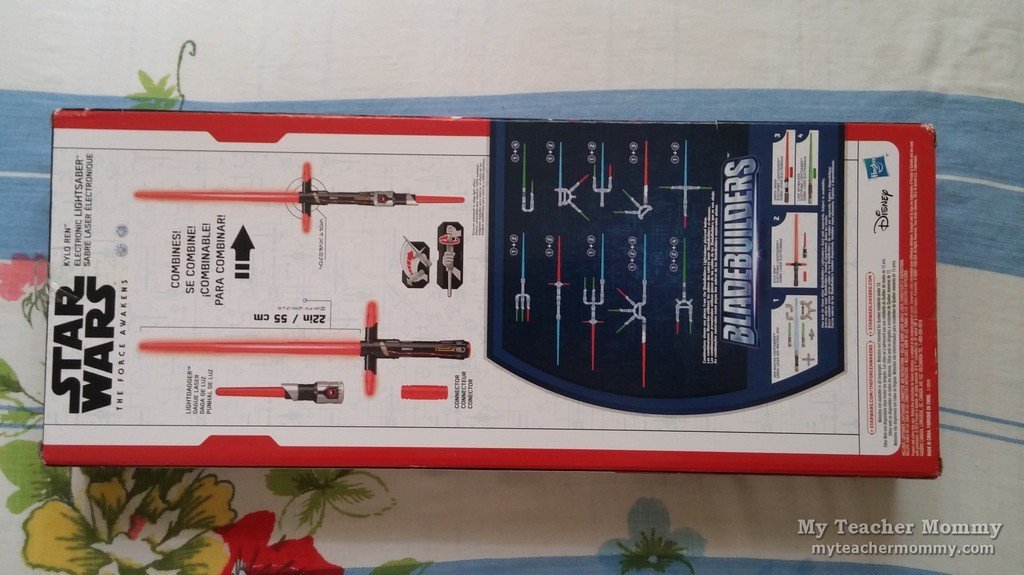 The new protagonist on the Star Wars block is a cold and calculating Vader fanboy who doesn’t let things like family get in the way of his ambition. Will he have a change of heart in a future Star Wars installment? That remains to be seen. For now, Kylo Ren has big shoes to fill, and he seems up to the task. The Kylo Ren electronic lightsaber is a firm favorite in my house; my son and his friends all want to be the one to wield it.

All the Star War Bladebuilders lightsabers have movie-like appearance and make those iconic clashing sounds when they hit another object or lightsaber. My son’s older, sturdy lightsabers have held up to three years of clanging and clashing. These new Bladebuilders look just as likely to go the distance.  Each electronic lightsaber retails for USD 19.99 to 23.99. For the fun they bring to the family, they’re worth every penny.

Disclaimer: This is not a paid review. I was not paid or given any sample for this review. This post contains affiliate links. MyTeacherMommy.com is a participant in the Amazon Services LLC Associates Program, an affiliate advertising program designed to provide a means for sites to earn advertising fees by advertising and linking to Amazon.com.