Don’t believe everything you read, not even when it comes from a student textbook. 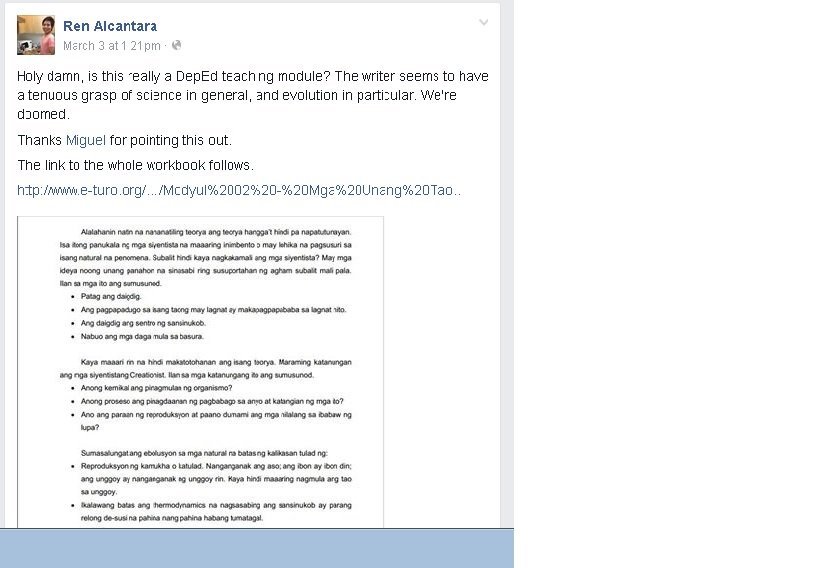 A friend recently forwarded to me a Facebook post calling out the Department of Education (DepEd) for an apparent Creationist slant in an Araling Panlipunan (Social Studies) module discussing the origin of the human species. Citing the DepEd’s responsibility to separate science from religion, outraged netizens objected to arguments posed in the said module that seem to favor the theistic theory of evolution over the atheist materialistic theory (Notice the peculiar choice of terms for the theories?). Here is a screenshot of the controversial text from the module (click on the images to enlarge): The module, called “Modyul 2: Mga Unang Tao sa Daigdig” (Module 2: The First Human Beings on Earth”), appears to be produced by the Bureau of Secondary Education for students under the Alternative Learning System. The Facebook post refers to a module downloaded from this site. I have read the module and can honestly say that the text does appear to give more credence to the theistic theory of evolution by unfairly proposing arguments that support it without presenting counter-arguments from the opposing theory. I am rather disappointed by this, especially after endorsing the DepEd’s Learning Resources Development and Management System (LRMDS), where the module is also available for download.

Errors and biases in textbooks are nothing new. You may recall private school supervisor Antonio Calipjo Go’s one-man crusade to catalog and correct the multitude of errors present in textbooks being used in both public and private schools. Aside from errors in spelling, grammar and facts, biases toward a particular religious or ideological perspective also exist in many widely used textbooks. Historian and textbook author Sonia M. Zaide makes her it perfectly clear in the Preface to the Fifth Edition “World History” that the book is “written from a Christian perspective, integrating Christian values, and upholding the prime importance of Jesus Christ in world history.” 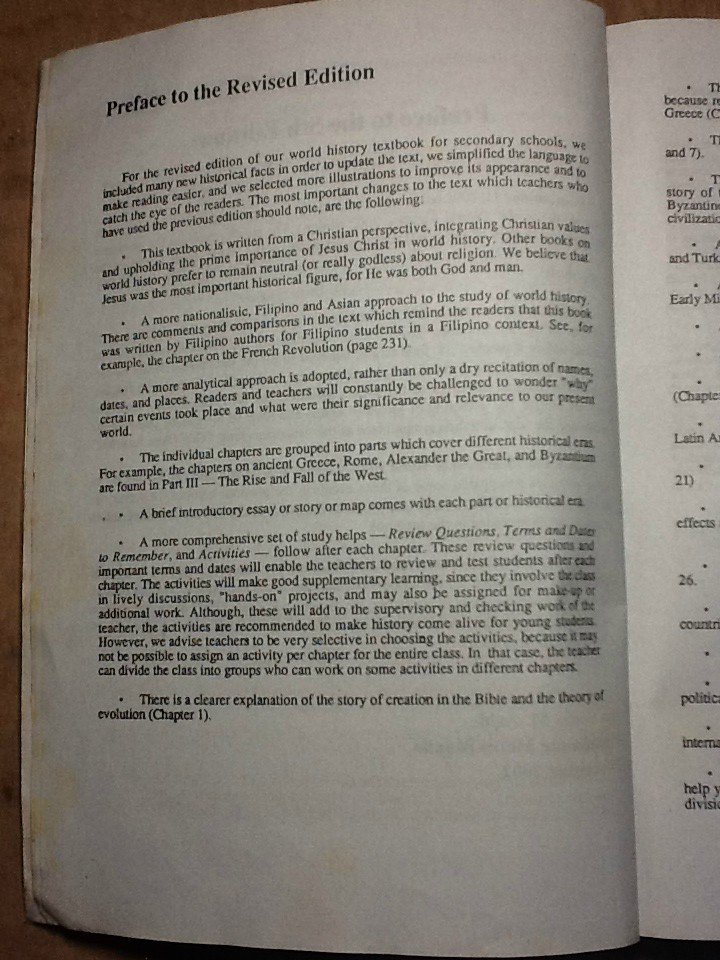 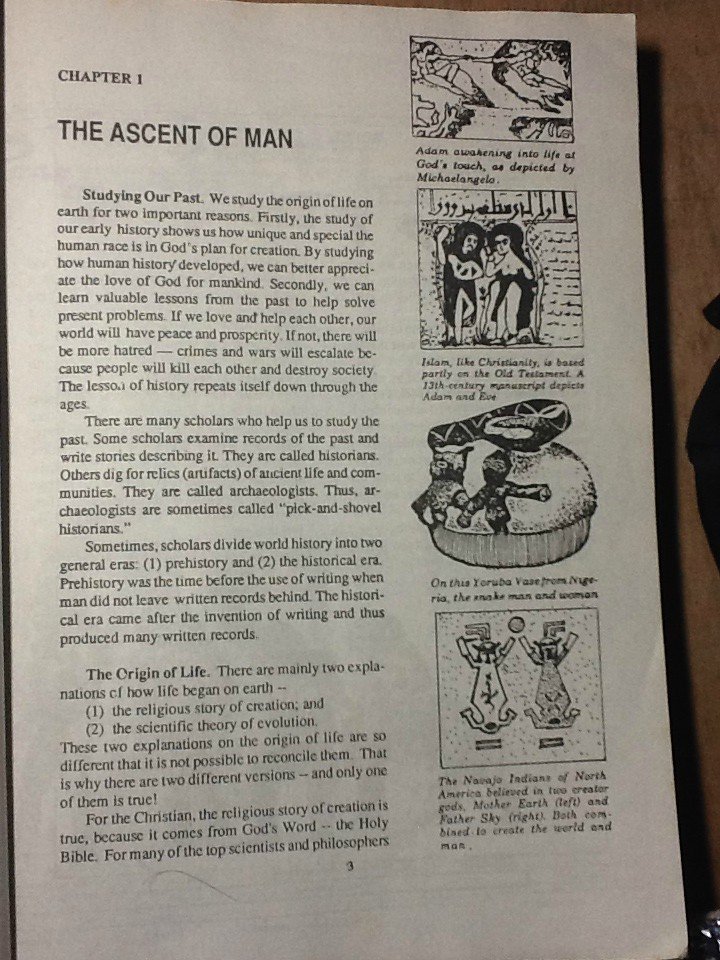 Images taken from http://imgur.com/a/Bm11M#5, referenced in posts on this reddit: http://www.reddit.com/r/badhistory/comments/20hbk3/a_book_on_world_history_with_tons_of_errors/

I have no problem with sectarian schools using textbooks that reinforce basic tenets of their faith. These schools are mostly private, and many parents choose to send their children to sectarian schools whose mission statements align with the family’s belief system. But textbooks used in public schools are another story. Public schools are funded by the government, which legally obliged to uphold the separation of church and state. Using learning materials that are predisposed to a particular religious persuasion impacts the development in students of a fair, balanced and accurate worldview. One skill that I wish for my son to cultivate is critical thinking. I want him to approach the world with an open mind, to not be afraid to question the status quo, and to be able to listen to contradictory viewpoints without necessarily being swayed by them. Article 14 of the Constitution of 1987 stipulates that schools shall, among other things, “encourage critical and creative thinking” and “broaden scientific and technical knowledge.” I believe that the best way to achieve this is to provide a fair and balanced education that encourages kids to think for themselves, not one that peddles a particular agenda underhandedly.